In AutoPod a 'Group' refers to a collection of shows that when configured can have their own Widgets, RSS feeds and more.

Groups are used to cluster relevant shows. For example, you may wish to have a group containing all Daytime shows which would then allow all daytime shows to be presented in their own widget view on a website or to have their own RSS feed. 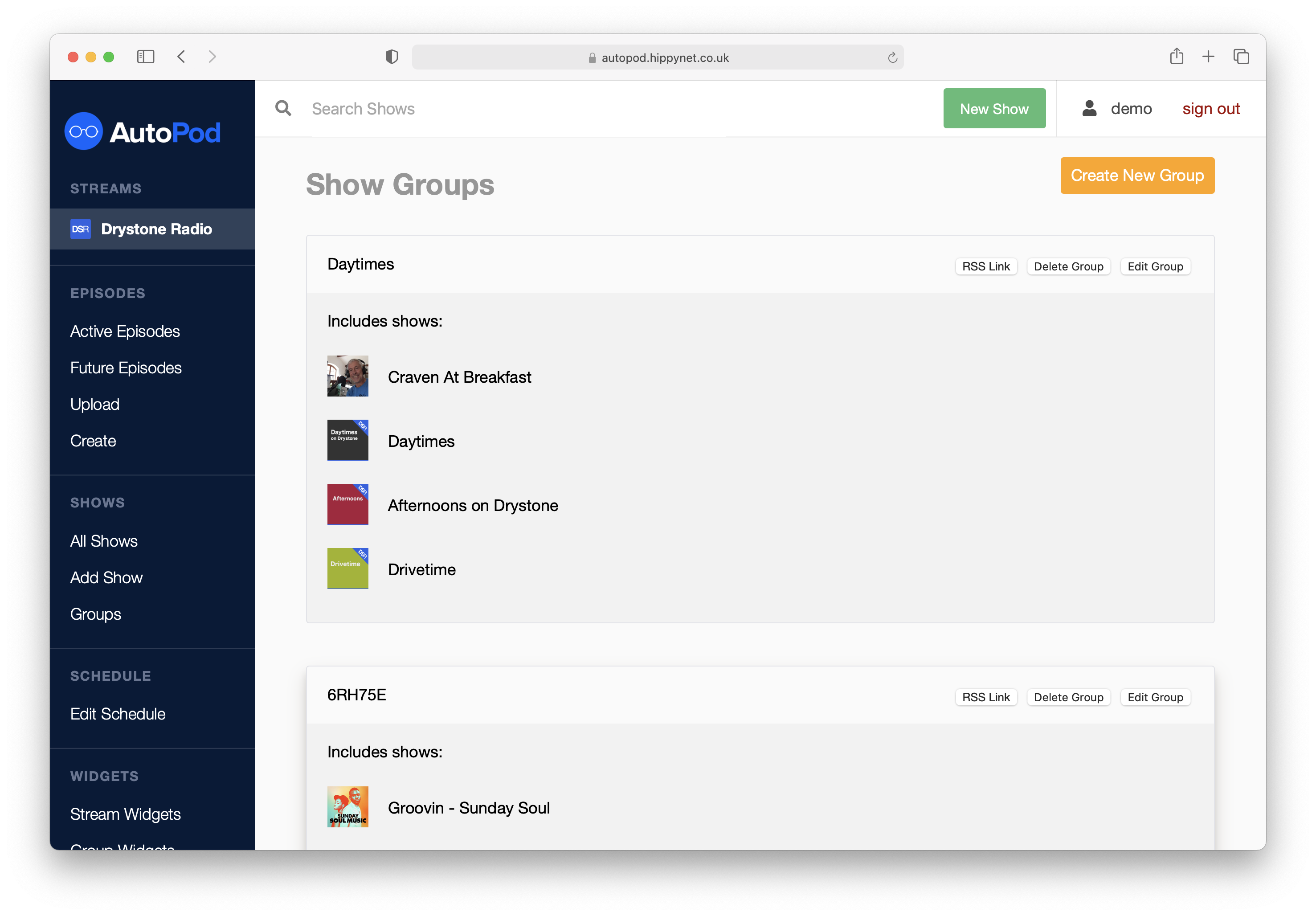 The shows within a group are ordered and this order is used by some of the widgets that are available. The shows list view widget for a group will display the shows as they are ordered within a group, giving you more granular control of the layout, for example, the shows view shown below is linked to the above screenshot of the 'Daytimes' group, you can see that the shows are displayed in the same order for both (right to left).

The below image is enlarged to make it easier to see, in production you can have more than three shows in a single row if desired.

Shows can also be added to a group more than once, for instance if you wanted to have a show appear in the list more than once this facilitates that, however the duplication of the show would be ignored by the RSS genration (so that you did not end up with duplicated episode entries).