Editing an episode allows you to change information such as the description, title and also change the publication time. This might be useful if you had some content ingested automatically by autopod that you wished to make available at a predefined date/time in the future.

At the time of writing it is not currently possible to edit episode information for future scheduled recordings. This is functionality that we intend to add in the future where possible. 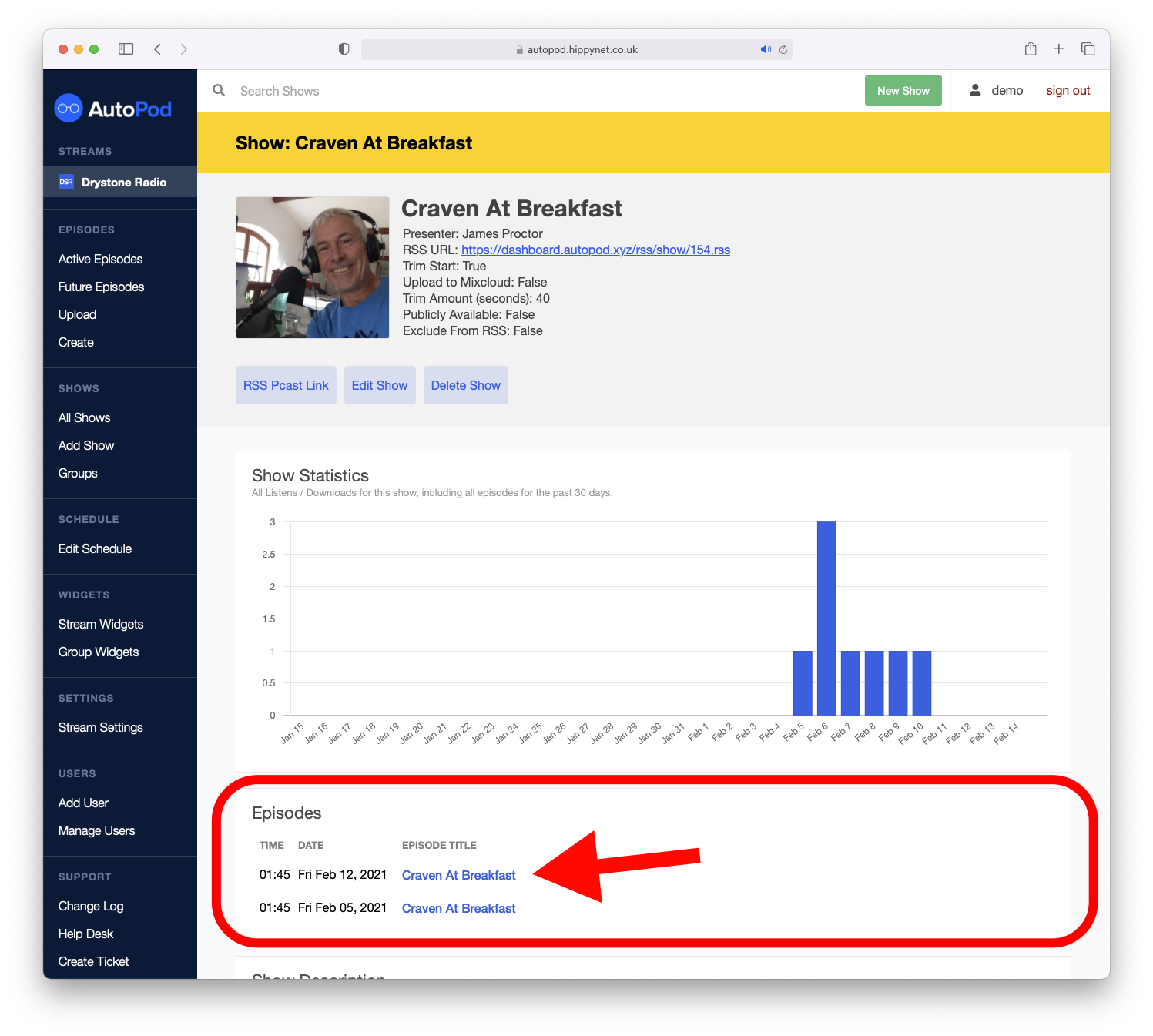 Within the individual episode, then select the 'Edit Episode' button

In turn, this will open the edit episode form. It is very similar to the episode creation form however many of the options are populated already with the relevant content associated with the episode you are editing. 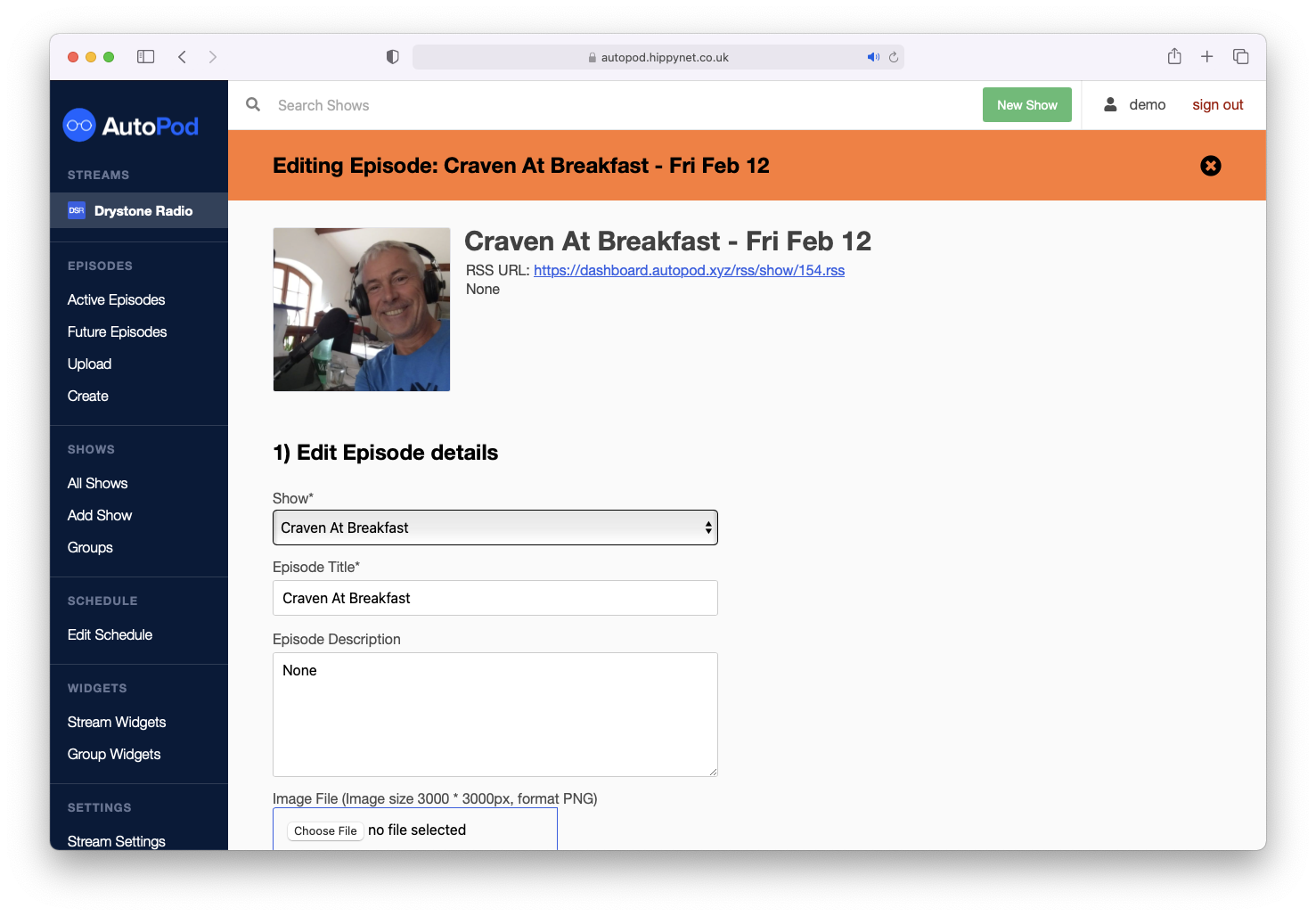 Within the edit form you have facility to make a number of changes:

Edit time for the episode#

Editing the time for the episode means that you can change when the episode is made publicly available. Episodes that are in the future are not made public by AutoPod until the time is reached. This might be useful if you had content that you wanted to release at regular intervals (e.g. A six part series with a new episode premiering at 21:00 each monday) You would set the relevant times for the individual episodes and then these would be released automatically.

When finishjed making changes, save them with the Update episode button.